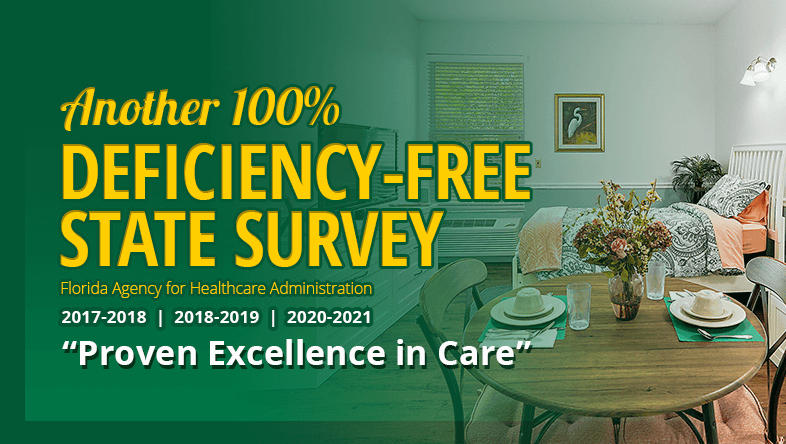 A Tavares Senior Living Facility scored among the top in the state with a “Deficiency Free” rating on their Third State Survey in a row.

The Cove at Tavares Village Senior Living has recently announced that they have scored their third consecutive 100% error-free rating on their State Biennial Survey conducted by the Florida Agency for Health Care Administration (AHCA). The Cove has provided Senior Living Care in Lake County for over 20 years and includes Independent Living, Assisted Living, and Memory Care options.

The State Biennial Survey conducted by AHCA thoroughly examines factors such as staffing, facility & housing conditions, health & safety, and quality of life for the residents. The surveyors arrive unannounced and spend a few days at the facility observing care, interviewing residents and their families, and making sure the facility complies with the rigorous standards set by the AHCA. According to Debbie Kenny, Marketing Director of The Cove, “Earning a 100% rating on the survey does not come lightly or easily. We are diligent in our efforts to comply with the standards set by AHCA and make sure checks and balances are conducted regularly.”

Earning a 100% rating on the survey does not come lightly or easily.

The staff at The Cove at Tavares Village were elated to receive their 3rd biennium State Survey. There was no doubt in the mind of Sheril Mitcham, a 23-year employee in the nursing department at The Cove. When asked about her feelings on their sixth consecutive year as a 100% Deficiency-Free facility, she says, “It was excellent news!” She feels that her entire team was a vital part of the successful survey results this year. “We are a family,” Sheril says. “And that is what I love about The Cove.”

We are a family, and that is what I love about The Cove!

The Cove attributes its success by giving each resident individualized care, focusing on physical, emotional, and social needs. Individualized care plans are communicated frequently to our residents and their friends and families. Ensuring peace of mind is essential. One thing that makes The Cove unique is that Independent, Assisted, and Memory Care Living environments are all included in one facility. Many seniors come to The Cove as independent living residents knowing they have options for higher care should their needs change.

When speaking with Jane Smedly, a 2 ½ year resident of The Cove, we discussed our most recent and 3rd Deficiency-Free Survey, and Jane was over the moon. Asking her how it feels to be in a facility with such a good track record, she said, “It means everything to me. I know I am being cared for, especially during COVID. I didn’t necessarily enjoy the lockdowns, but I know they followed the rules and got us through it as safely as possible. I would recommend The Cove to anyone who asks. If I weren’t satisfied, I would not be here. The staff couldn’t be nicer. I know I am in the right place.”

I know I am in the right place.

In addition to finding no deficiencies on the overall survey, the AHCA also found no deficiencies in a third consecutive COVID-19 Infection Control Survey completed over the past 12 months. The Cove has been hard at work implementing rigorous cleaning protocols and innovations such as hospital-grade UV-C lighting to kill 99.99% of pathogens, including human coronavirus. 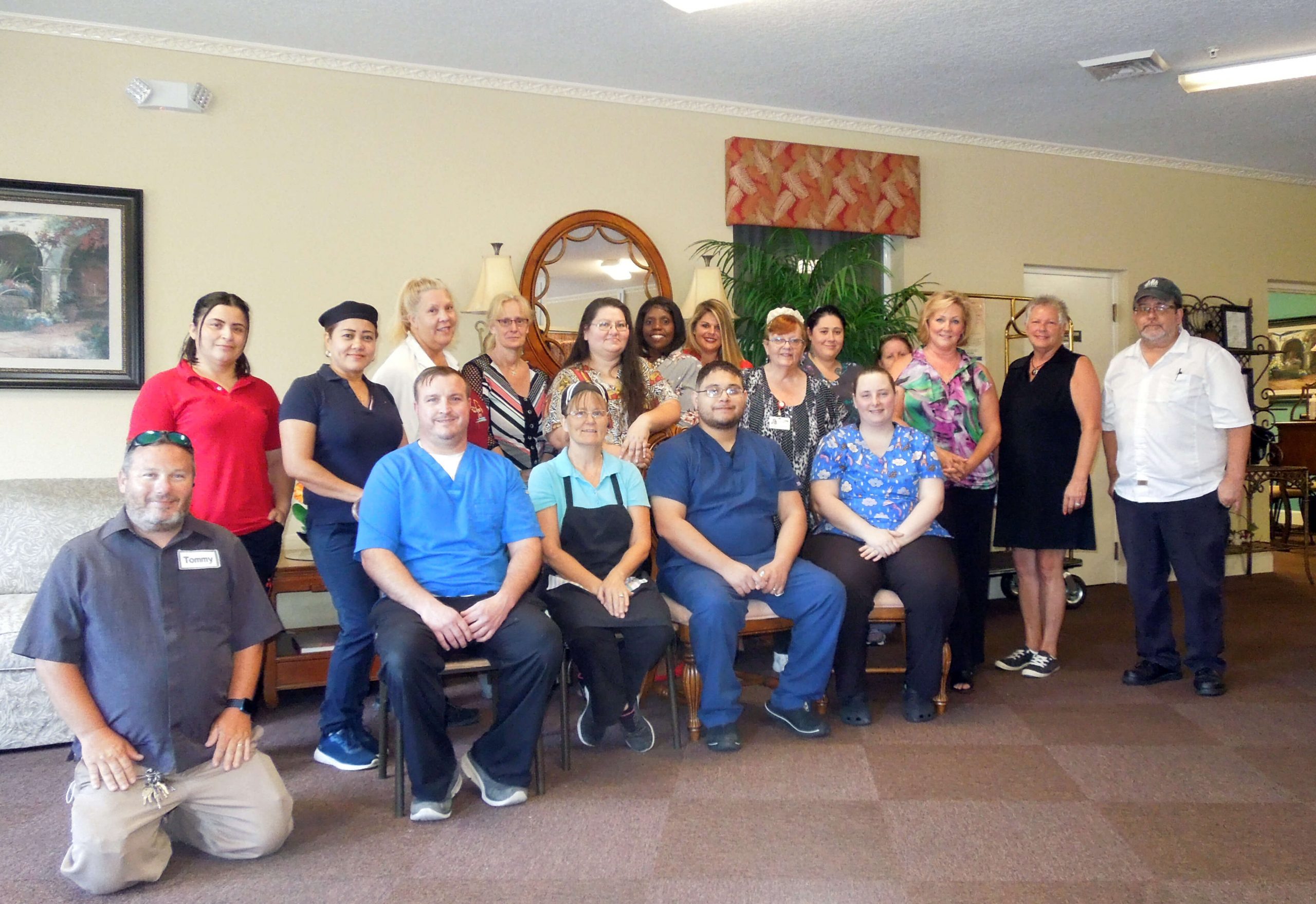 About The Cove at Tavares Village

The Cove is a senior living facility offering Independent Senior Living, Assisted Living, and Memory Care, focusing on providing a comfortable, safe, and engaging experience for their residents. The Cove has been a part of the Tavares Community for over 20 years providing excellent service to seniors from across the country.

To learn more about our facility, schedule an appointment for a walkthrough and see The Cove for yourself!